Gawain and the Green Knight

Orders to Europe are Not Tracked.

"The knight took gates strange
In many a realm condemned;
His cheer oft full-changed,
Ere that chapel he found."

An adaptation of the poem "Gawain and the Green Knight" in my words, with illustrations with Daniel Puerta, laid out by Mateo Diaz Torres.

I started doing my own version of this over one winter when I was very depressed indeed. We crossed paths in the winter.

"In the wilderness of Wirral; where there but few
That either God or Man with good heart loved."

Gawain later turns up (or more exactly, doesn't turn up) in my book 'Silent Titans'.

What else? Here's the first part of my afterword from the back of the book;

"I said somewhere that I would write about what Gawain means to me, so here we are. This will be the last one I promise.

So I got very depressed and didn’t work on anything for a long time and spent a lot of evenings drinking and mainlining animated series on DVD (Clone Wars is a mixed bag with some very good elements, Avatar the Last Airbender is excellent).

As part of some research for another thing I re-read parts of Gawain and translated a bit of it.

Translating it was the only work I was capable of doing that didn’t feel like I was grinding broken glass into my own face. I’m curious as to why that is. Perhaps it’s because my mind had something to look at that wasn’t itself. (Inventing stuff sometimes feels very much like your mind looking at itself.) It’s poetry, which does often calm me down, I’m not sure why that is.

So I would go to work each day, (my phone tracks my movements like a stalker and thinks the library is ‘work’ because I go there during work hours), and translate a bit of Gawain.

It’s set where I’m from. Not exactly, it spends a lot of time in Yorkshire and Lancashire, but the paths of my life and of Gawain’s journey cross quite a bit. I have family in the Wales he wandered around, I went to university in the Lancashire he travelled through and, most of all, I was writing in the Wirral he found such a grim place, at almost exactly the same period of the year that he was in it. The weather has not changed.

And the weather and the descriptions of it are some of the best parts of the poem, the ones almost all the translators seem to think are really good, especially considering the frequency with which they are translated.

(Poets are just good with wind I think.)

Yet all the travelling of Gawain takes place in a few pages and its barely relevant to the dramatic action of the story. It’s mainly a courtly story about high status people having parties in rooms, or, essentially, about Gawain not having sex with a hot girl."

(*Explanation - For the UK, tracked and un-tracked are the same price. For the U.S. tracked is actually *cheaper* than un-tracked at the moment. For much of the rest of the world if we don't send it tracked then it might not get there at all and for Europe untracked is much cheaper and it probably will get there even if not tracked.) 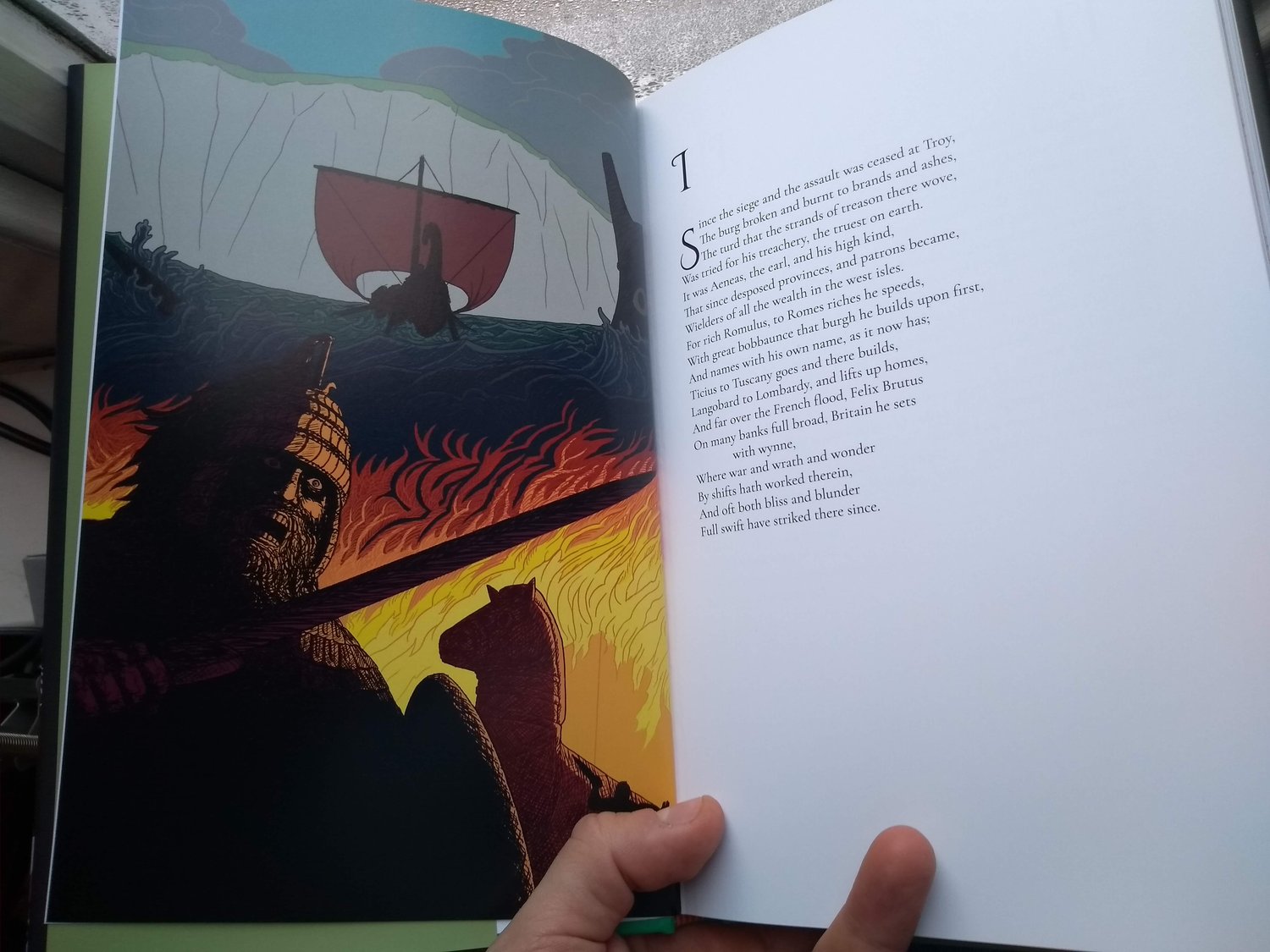 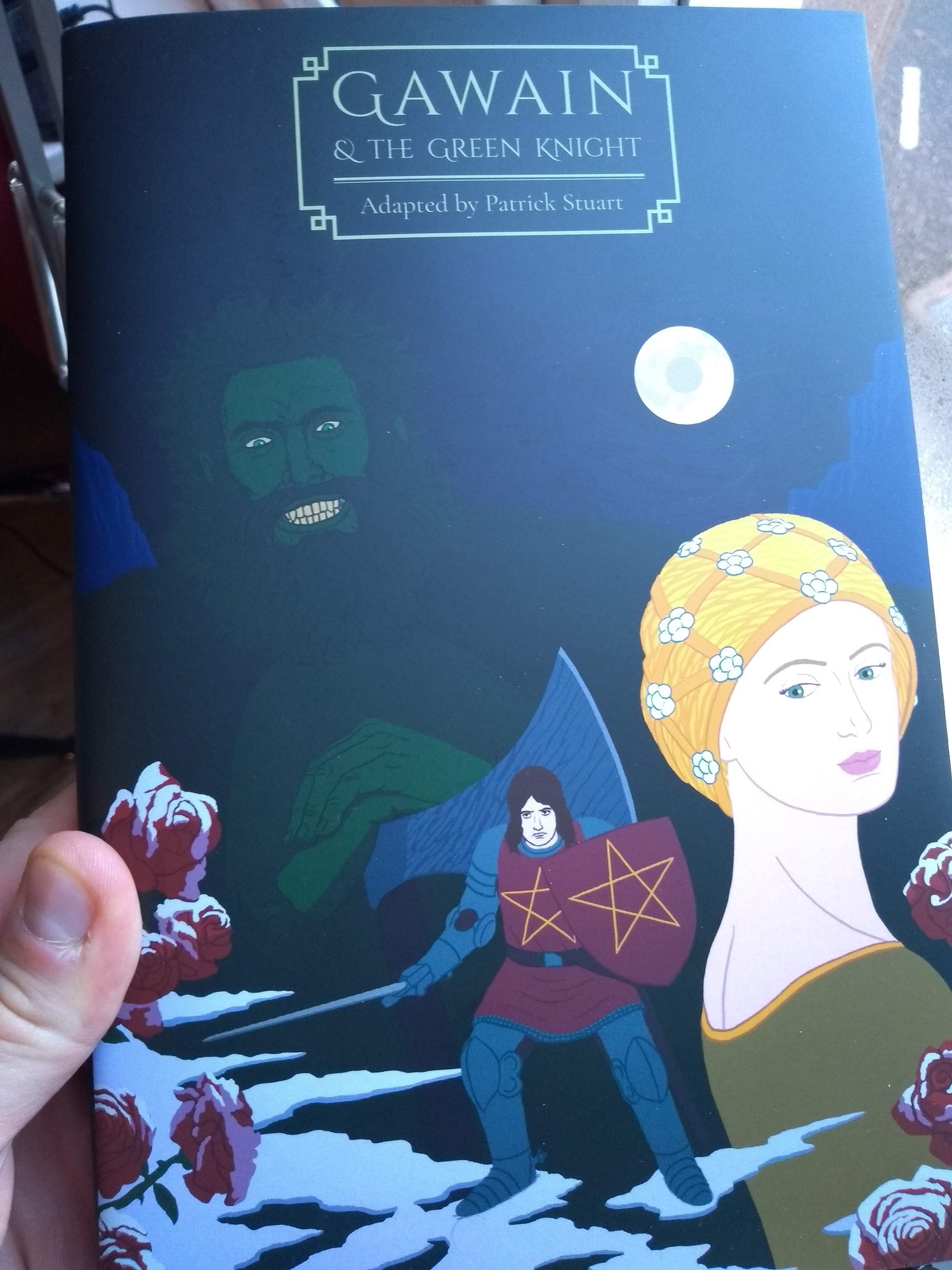